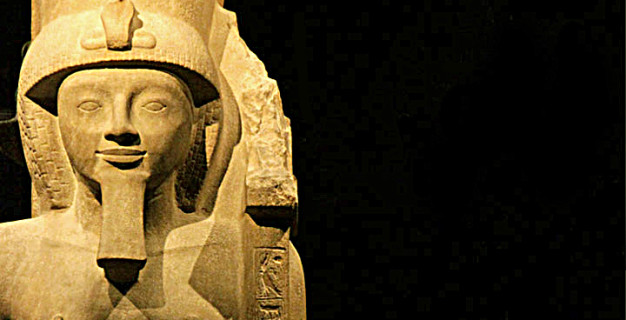 The Afterlife in ancient Egypt and the Holy Shroud

Egyptians were renowned for the attention they paid to the dead: mummification, special instruction for the afterlife inserted into the shroud or coffin, grave goods and monuments for the powerful. The most salient feature of the religion of the Egyptians seems to have been the worship of the gods of the dead and the belief that it was possible for the dead to live again an eternal existence in the world of spirits. The Egyptian Museum (Museo Egizio) of Turin offers a rich overview of the sacred rituals, including objects connected with the cults, mummification and the rich pantheon of deities. It’s the world’s oldest Egyptian museum; founded in 1824 and it ranks second only to Cairo.
Decent burial was regarded to be of great importance also in ancient Israel, as in the rest of the ancient Near East. The Gospels tell us that Jesus’s corpse was wrapped in a “shroud”.
Turin is associated with the Shroud, a long linen cloth on which the image of a man can be seen. This delicate cloth is actually kept in a climate-controlled container in the Cathedral of Saint John the Baptist in Turin. But if you want to see a replica, you can visit the Museum of the Shroud (Museo della Sindone) instead.
State of the art scientific enquiry allows us to confirm that the body image of the Shroud is certainly not a painting, as has been demonstrated by well-known chemical, physical and computer evidence. Is today’s “Turin Shroud” the winding sheet that wrapped the body of Jesus?
The museum will either help you answer the question or simply satisfy your curiosity about a famous burial cloth.
Our journey will take us through five thousand years of history. We shall unlock the deepest secrets of religion and spirituality of Egypt. And we’ll be using science to uncover the characteristics of the body impression on the Shroud.

LA QUOTA COMPRENDE: What is included in the tour cost
All on-tour transportation with new air-conditioned deluxe vehicles • Meals as indicated (L-lunch) on the tour itinerary • Entrance fees and sightseeing as shown in the itinerary • Tour Director and local guides throughout the tour • All taxes

Entry to:
The Egyptian Museum in Turin, The Holy Shroud Museum

LA QUOTA NON COMPRENDE: What is not included in the tour cost
Beverages (wine, beer, bottled water or soft drinks)Passport fees, visas, and visa photos as required • Other items not specifically mentioned as included • Optional Travelers’ Protection Plan (unexpected events before or during a trip may leave you with cancelled plans, lost luggage, or unforeseen medical expenses) • Guide and Driver tips are left to your discretion